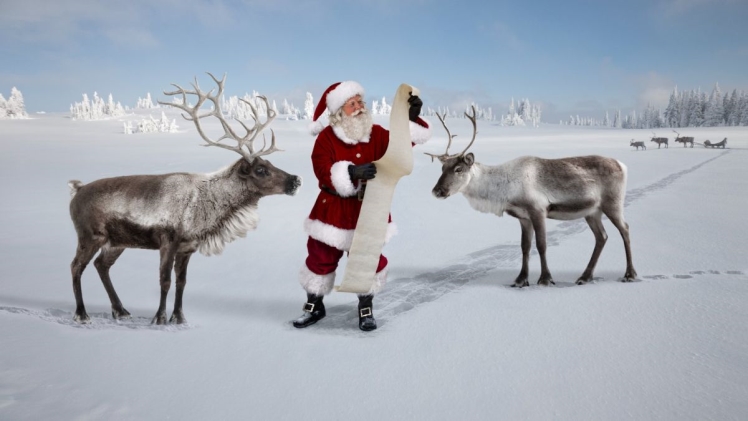 No Christmas would be complete without a visit from Santa and his merry band of reindeers! But have you ever wondered how these magical creatures came to pull Santa’s sleigh? The legend of the reindeer dates back centuries, and there are many different origin stories. One popular version is that an ageless, wise woman known as the “Mother of the Reindeers” created them from caribou antlers.

Others say that they were once ordinary deer who were transformed by magic. Whatever their origins, reindeer have long been associated with Christmas and the holiday season. In modern times, they are most often seen pulling Santa’s sleigh through the night sky, delivering presents to good boys and girls around the world.

Have you ever seen a deer species and wondered what a reindeer vs elk or a caribou vs elk is? Here’s a brief guide about everything you need to know about Santa Claus’s reindeer.

Why are Reindeer Santa’s Winter Guides?

Reindeer have long been associated with Santa Claus and his magical sleigh ride on Christmas Eve. But why are reindeer the chosen ones to guide Santa around the world in winter? There are a few reasons for this.

The Santa Claus’s reindeer are a team of flying reindeer who pull Santa’s sleigh on Christmas Eve. The original eight Santa Claus reindeer were first introduced in the 1823 poem “A Visit from St. Nicholas” by Clement Clarke Moore, and they have since become firmly entrenched in popular Christmas lore.

The Santa Claus reindeer are typically depicted as being led by Rudolph, a young buck with a shiny red nose. Rudolph’s nose is said to light up the night sky, guiding Santa and his sleigh on their Christmas Eve journey around the world.

The other Santa Claus reindeer are usually named after traditional Christmas symbols, such as Dasher, Dancer, Prancer, Vixen, Comet, Cupid, Donner, and Blitzen. While the Santa Claus reindeer are most commonly associated with Christmas, they can actually be seen flying around the world at any time of year. So next time you see a reindeer, remember that they are more than just cute animals.

Reindeer are a popular symbol of Christmas, thanks to their prominence in the story of Santa Claus. But these animals are more than just fictional characters – they’re real, and fascinating creatures in their own right. Here are some interesting facts about reindeer that you may not have known.