What are the Common Signs of Parkinson’s Disease? 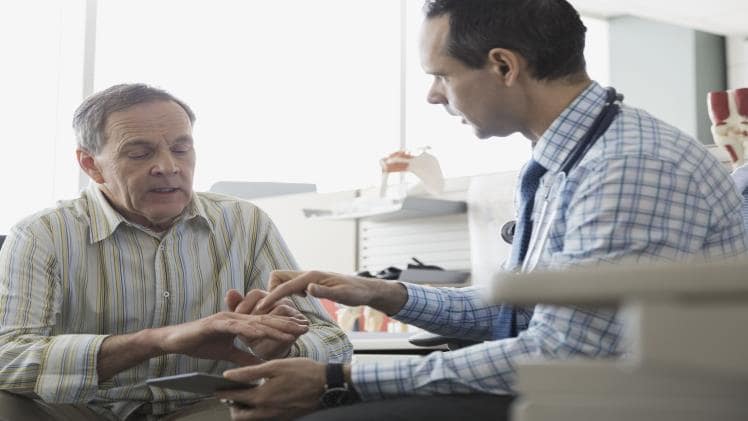 When it comes to age-related neurodegenerative conditions, Alzheimer’s disease takes front and center. However, Alzheimer’s is not the only condition that affects aging adults and Parkinson’s is often mistaken as Alzheimer’s in the early stages. Today, we are going to focus on the telltale signs and symptoms of Parkinson’s so that the disease can be diagnosed, treated, and managed at its earliest possible stage.

The Parkinson’s tremor is one of the condition’s most notable signs, especially since it is not shared by patients suffering from Alzheimer’s. It can be distinguished from regular shakes which originate from skeletomuscular and neuromuscular weaknesses. If an individual has Parkinson’s they will experience their shakes with the following distinguished properties:

·         The involuntary shakes generally start with just one or two fingers and/or toes.

·         There will be an identifiable and rhythmic pattern to the shakes, possibly with regular interval between them.

·         The affected limb and/or fingers will shake rhythmically even when they are resting.

In direct contrast to neurodegenerative disorders that weaken or destroy nerve endings, a patient suffering from the early stages of Parkinson’s will experience less shaking while using the tremorous limb(s).

Another easily recognizable sign of Parkinson’s is bradykinesia, aka slowed down motor skills. The patient will note that it is taking more time for them to make movements and complete tasks during the initial stages. In more advanced stages, the patient will also have difficulty completing motor movements, despite taking longer to complete them. If you or someone close to you is displaying signs of bradykinesia, they should no longer be living alone. Look through the Brentwood assisted living facilities in St. Louis to find a suitable community with adequate medical facilities.

Depreciating Quality in Speech and Writing

Unlike Alzheimer’s Disease, cognitive impairments are not one of the first signs of Parkinson’s. Instead, dementia is one of the last symptoms of the condition. The earlier impairments have more to do with complex thought processes than they do with memory loss.

The two most notable symptoms of cognitive impairment in a Parkinson’s patient would be the loss of quality in their speech and writing. Speech may seem less coherent, uncharacteristically softer, quicker/slower, and with a stutter. The patient’s handwriting could become increasingly less legible and smaller. When afflicted, even a highly proficient writer may start to use oversimplistic, one-line sentences, depicting fragmented thoughts.

It should be noted that despite the similarities, there are no established connections between Alzheimer’s and Parkinson’s. This means that having one does not increase the patient’s tendency towards developing the other. Also, Parkinson’s disease is not a lethal condition, while Alzheimer’s is.

Kratom extract and kratom powder – Which One Should You Choose?