Why Blockchain Could Be the Future of Mobile Gaming 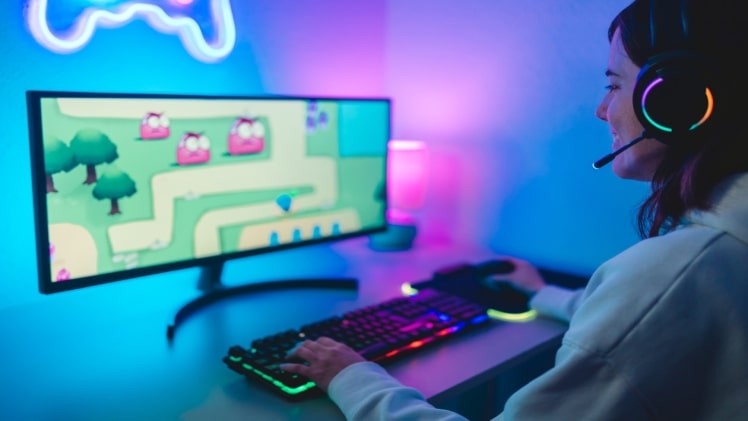 With the rise of blockchain technology, it’s no surprise that mobile gaming is looking to capitalize on this revolutionary new way of doing things. Blockchain and cryptocurrency are set to revolutionize the gaming industry by providing a secure, transparent, and trust less platform for developers and players alike. This article will explore how blockchain gaming has already impacted mobile gaming and what potential advancements may be on the horizon.

This exciting new approach could lead to a new era in mobile gaming, from enhanced security measures to improved monetization models. Let’s dive into blockchain gaming and see what possibilities lie ahead!

An Overview of Blockchain Gaming

Unlike traditional mobile games where the central game server processes all transactions, blockchain mobile games leverage the decentralized nature of blockchain technology to enable direct peer-to-peer transactions between players. As a result, no centralized authority or middleman is involved in the process, making it more secure and efficient when transferring in-game assets or currency.

Role of Crypto Currency in Gaming

Cryptocurrency and blockchain technology are now being used to revolutionize the mobile gaming industry. Cryptocurrencies, such as Bitcoin and Ethereum, are used to facilitate transactions in mobile games by offering players a secure way to store their in-game assets without worrying about fraud or theft. With blockchain technology, players can also trade these digital items securely with other players within the same game.

Furthermore, blockchain mobile games allow for more transparent micro transactions than traditional mobile games. This is because players know exactly where their money is going when they make a purchase; with no middlemen involved, all profits go directly towards the developer and back into improving the game itself. Players also benefit by earning rewards from crypto graphically secured tokens, which can be exchanged for real-world money or used to purchase in-game items.

Here are some of the key trends that are driving the growth of mobile blockchain games:

Ways in Which Blockchain Gaming is Transforming the Gaming Industry

Blockchain gaming is an exciting new frontier for mobile gaming, offering players the potential to unlock different levels of rewards and monetization that have yet to be seen. Its ability to handle a wide range of developers also has huge potential for enabling innovative game experiences. While the technology may still need some time to mature, blockchain gaming could be the future of mobile gaming. You can take help from a blockchain game development services company specializing in creating cutting-edge mobile games.

Try This Tricks For Easy Winning

The Fact about Slot Online